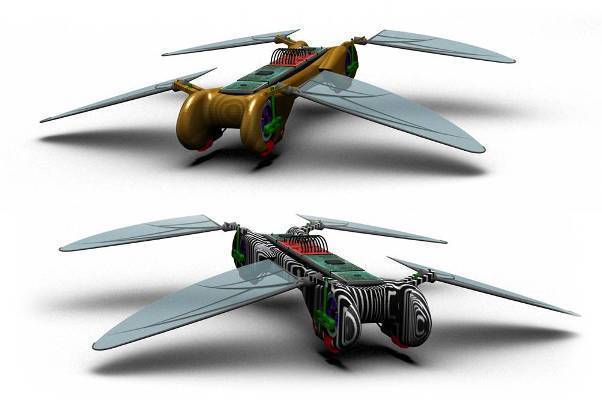 Last week, a group of customers were denied 1.14 million dollars of pre-ordered product. There are no clear consequences for the company responsible.

3,203 people gave an average of $356, each expecting to receive a flying radio controlled miniature marvel called the “Robot Dragonfly”. This week they were told there would be no dragonfly. To soften the blow, the company will give customers access to the blueprints. Any geniuses among them are welcome to build it themselves.

Should American consumers be shocked this can happen? Isn’t this a clear violation of basic consumer rights?

The problem is those 3,203 “customers” were shopping in murky waters. They ordered off the popular crowdfunding site Indiegogo, fully knowing the product wasn’t manufactured yet, and that their contributions would be used to develop and manufacture it.

This million-dollar loss could be the tip of the iceberg. Crowdfunding has been growing exponentially for the past few years, is already an estimated $34 billion market, and is expected to overtake all of US venture capital funding in 2016.

I love how crowdfunding democratizes product development, and I hope to see it expanded across other industries. However, there are two challenges that need to be addressed first.

The first issue is evaluating product feasibility. Campaigns are not vetted for legal, economic, or technical possibility. Stray patents, escalating manufacturing costs, and pesky physical laws can all lay to waste the best plans – after the money is taken.

Feasibility is an issue because crowdfunding inverts the normal product development process. Development traditionally happens first, so at least there is product available when marketing begins. With crowdfunding, the marketing effort happens first. In the case of non-trivial physical goods, a successful campaign requires only a good idea, a cool video, and a lot of Facebook friends. However, successful delivery requires knowledge of engineering, law, financial planning, project management, safety regulations, sourcing, manufacturing, and fulfilment.

The second issue is consumer perception of risk. As Seth Godin theorizes, the first backers are likely supportive friends, followed by wishful speculators, and once the funding goal is nearly reached and delivery is “assured”, backers transition to having an ecommerce shopping mentality. However just because many others are backing a project is no guarantee of successful delivery.

The legalization of equity crowdfunding may go a long way to addressing the second point: the upcoming wave of recreational “crowd investors” should at least recognize there are risks. It’s the degree of risk they may not be qualified to evaluate. With no vetting mechanism other the “wisdom of crowds”, it’s hard not to imagine a large crowd bubble forming.