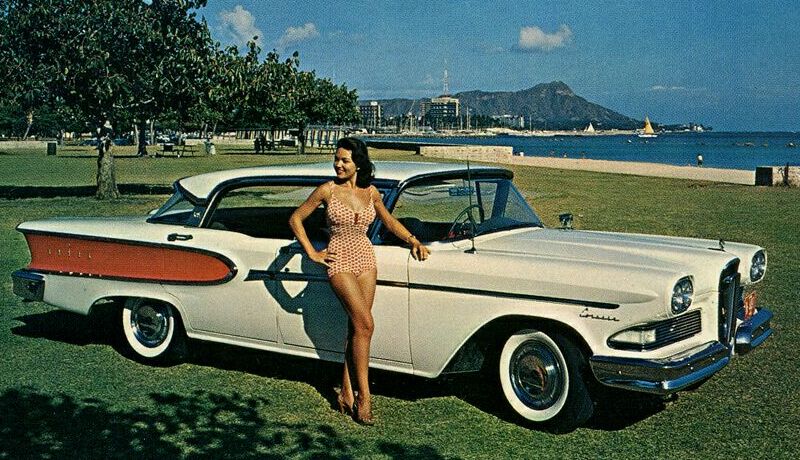 When is a product launch a “sure thing”? How about when you’re the market leader, employ an army of marketers and designers, enchant the media, and invest four billion dollars?

Ford had every advantage, and the result was disaster. What went so wrong?

It was the mid-1950s, and Ford needed a new medium-priced model to round-out their line. They invested heavily in marketing research to determine what consumers wanted in a new car. They meticulously analyzed the competitive landscape. They designed genuine innovations that would later be copied by other manufacturers. In short, they did everything one would think sensible and prudent.

Yet the launch was a complete flop. Manufacturing was halted within three years — long before reaching break-even sales — and the “Edsel” brand became synonymous with monumental failure.

If they did such excellent planning, where did it go wrong? How can we avoid making similar mistakes with our own product launches?

1. Ford paid lip-service to their customers’ preferences, but disregarded them on key points. For example, they produced an incredible list of 6,000 name ideas ranked by consumer reactions and expert opinion, but top executives couldn’t pick a winner. The puzzling “Edsel” brand (a low-ranked name in their research) was chosen by the chairman of the board to break the debate. As John Brooks’s concluded in his 1969 essay on the topic,

“Although the Edsel was supposed to be advertised, and otherwise promoted, strictly on the basis of preferences expressed in polls, some old-fashioned snake-oil selling methods, intuitive rather than scientific, crept in.”

2. It’s hard to believe that in a $3 billion development budget ($250 million in mid-50’s), basic test marketing was never conducted. This can be done from a very early stage in the form of concept testing: showing a finished concept to the target market and getting feedback. Done quantitatively, several concept variations can be compared to determine the best one. In a later stage, consumers can try prototypes. Ford took the opposite approach: keeping their Edsels literally “under wraps” and hidden from public view until the grand unveiling. 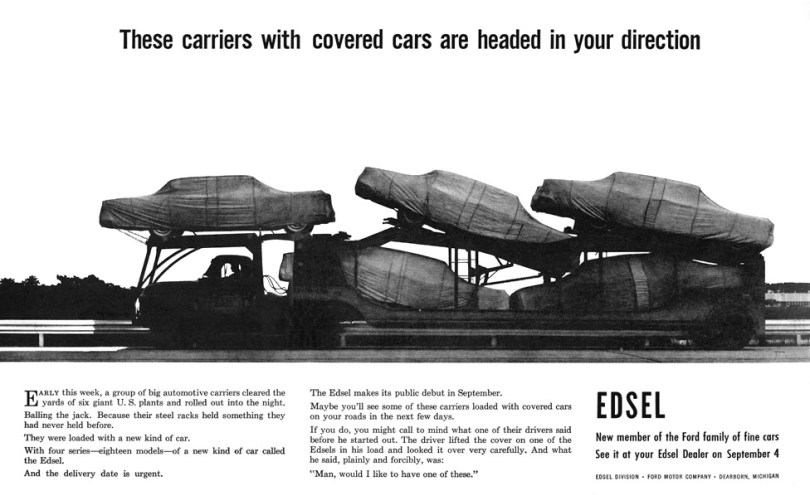 3. Watch people shop for as much as a toaster, and it becomes obvious that pricing is crucial. The Edsel’s pricing was confusing, overlapping with other product lines so consumers didn’t know where it was supposed to stand. Furthermore, the positioning was unclear: highlighting innovative features that could only be considered “premium”, while lacking features common to other premium cars.

4. For over a year the Edsel was slowly revealed to the public in what some called and “automotive striptease”. It was hyped through stunts and ads like no other car had been, so expectations were naturally high. But after release, the only sensible media story remaining was “does it live up to the hype?” With such an intense spotlight, minor problems typical of any new model became national headlines, fueling a devastating negative news cycle.